Arbitrum as a Layer 2 native environment will position Tracer’s infrastructure to support innovative market creation efficiently and help power the future of finance. However, there is much to learn about Arbitrum before Tracer deploys, so we’ve compiled the following read to provide you with a greater understanding of the L2. The most common questions about Arbitrum observed in Discord, Discourse & Twitter have led us to curate a comprehensive FAQ. For a digestible technical summary of Arbitrum, make sure you’ve read this.

UPDATE: Tracer Perpetual Pools is now live on Arbitrum One

Does Arbitrum have a token?

No, there isn't a token. The initial ‘Arbitrum One’ chain will exclusively use Ether to pay for fees incurred during the operation of the protocol. However, it is important to note that additional Arbitrum chains can be launched in the future, and each chain can decide the token that it will use to pay for fees. This question has been asked many times in the Arbitrum (formerly Offchain Labs) Discord and of all the answers provided, two that seem to summarise the reason pretty well are:

There have been multiple instances of fake Arbitrum tokens being sold as a scam, and the Arbitrum team have repeatedly stated that there are no plans to release a token in the future.

Why is there no contract size limit?

It's because of the way that the challenge protocol is designed. When one user challenges another user’s disputable assertion, they must play an interactive dissection game that is refereed by a layer 1 contract. Essentially two users will go back and forth, closing in on a single instruction that they disagree on. Only this instruction will be sent to the layer 1 contract to be re-executed, which will determine the winner of the challenge. This means that no matter how large the contract is, only one single instruction will need to be re-executed on layer 1 to resolve a dispute. So Arbitrum does not inherit Ethereum’s contract size limit. 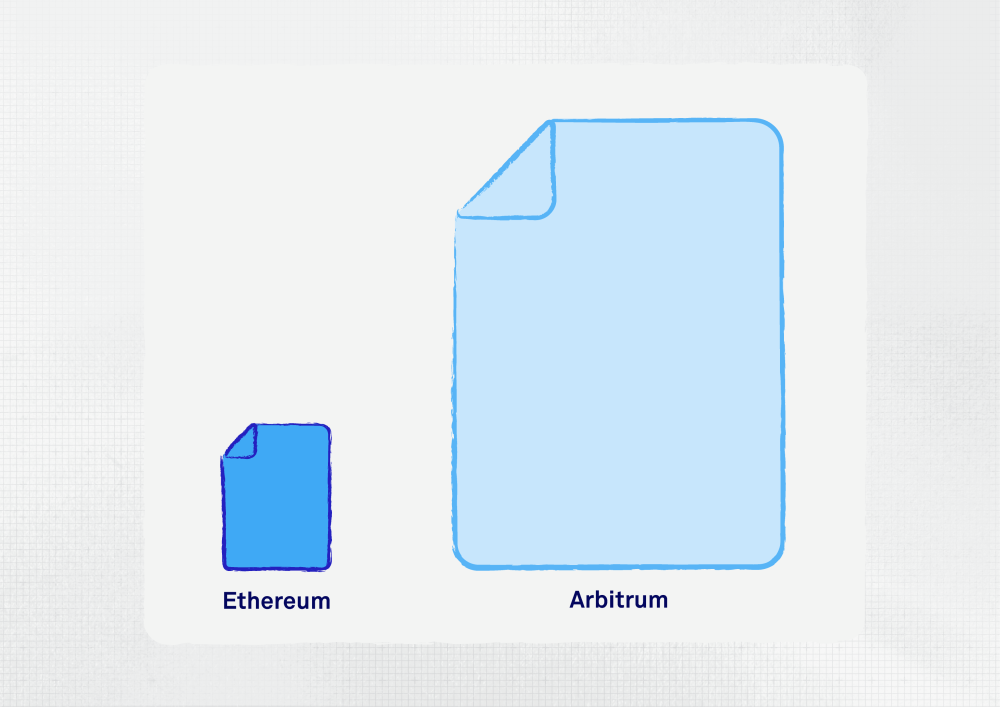 How long does it take to withdraw funds on Arbitrum?

Third party “fast exit” withdrawal services (such as connext and hop-exchange) will effectively buy your withdrawal from you, for a price that is slightly less than the amount you are withdrawing. This means that for a fee you can receive your withdrawal instantly, while the fast exit service will receive the full amount once the withdrawal window has passed. The service is able to do this without any risk as they can run a node for themselves to determine that the withdrawal can’t be successfully challenged.

How does Arbitrum’s security compare to Ethereum?

It is the same. As all the data storage and execution occurs on layer 2, the Ethereum main chain is unaware of the details of each rollup block. However, the change in state that has resulted from a rollup block is reported back to layer 1. Also, Ethereum smart contracts are used to referee disputes that occur on layer 2. This, coupled with the fact that the result of every rollup block is reported to layer 1, is what allows Arbitrum to completely inherit Ethereum’s security. This further supports Tracer’s users in forming simple derivative agreements on the most secure and reliable infrastructure.

How much does Arbitrum reduce gas costs?

The reduction of gas costs is approximately a function of the layer 1 calldata, and thus the exact reduction will differ from project to project. As mainnet is currently live for developers—and will be live for users soon—some approximations are known. The Arbitrum website claims that certain projects are benefitting from 50x to 270x reduction of gas costs. With significantly reduced network costs, we’re estimating minimal fees for Tracer’s users when we deploy on Arbitrum.

What are Arbitrum’s fees charged for and how much are they?

The fees that are charged on Arbitrum are:

All of the functions that determine how much these fees cost are in some way dependant on the layer 1 gas price. Arbitrum’s ArbOS doesn’t know the exact current layer 1 gas price, so it calculates a weighted average of recent gas prices paid by aggregators as an estimate. This estimate is used to calculate Arbitrum’s fees, which are collected by ArbOS, and are detailed below.

L2 transaction base fee:
This base fee is equal to the estimated layer 1 gas price, multiplied by the cost to submit an empty batch on layer 1, divided by the average batchSize - which is tracked by ArbOS. Or for clarity, (L1 gas) * (empty batch) / (batchSize).

Storage fees:
The cost per allocated storage location on the EVM will be approximately 2000 x layer 1 gas price, which is 90% cheaper than layer 1.

How is the operation of the rollup impacted during a challenge period?

For the most part, there is no impact on the user. There are a few edge cases to clarify first, namely:

Although the protocol has to go through the dispute resolution process to decide the winner of the challenge, any validator can re-run the disputed assertion on layer 2 for themselves and find out who is guaranteed to win the challenge. This allows the validators to essentially preform a soft fork and continue on from the assertion that will eventually be confirmed. A dispute will slow down the withdrawal of funds from layer 2, but this can be sidestepped when the withdrawal involves a fungible token via the “fast exit” services mentioned above. 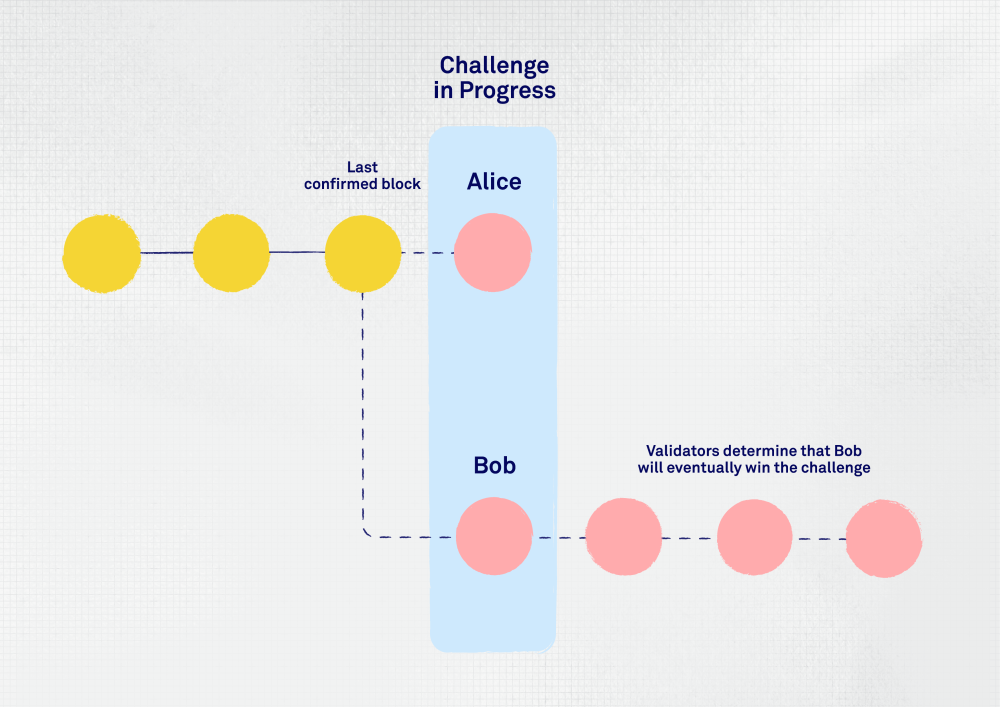 Tracer is excited to be deploying derivative contracts to Arbitrum mainnet in the coming months. With Arbitrum, we will deliver new financial markets, both for the digital and real world, that unlocks financial access for individuals. Be sure not to miss an update by following Tracer on Twitter and joining the discussion on Discord. Learn more about the activity of governance on Discourse and go deep with us on GitHub.

For an even deeper dive on Arbitrum, see the docs here.

A resource authored by Nick Crow of Mycelium.